How to handle altitude sickness 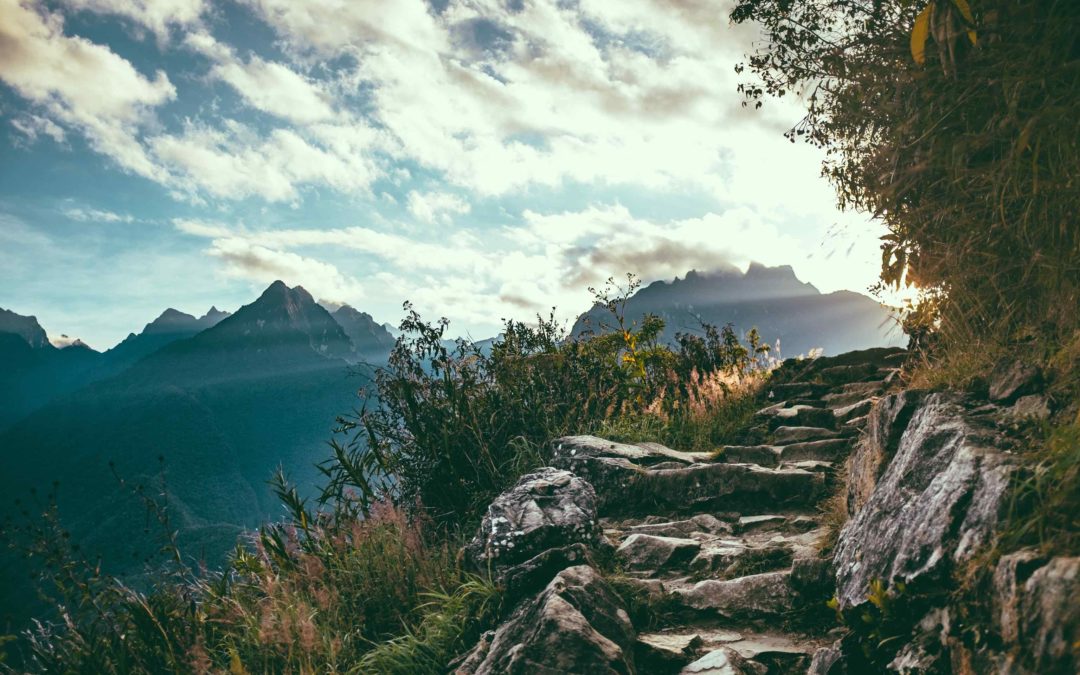 Imagine your worst hangover. Dizziness, nausea, loss of appetite, the deep desire to just lay down, wherever you are, and sleep. Now, imagine that instead of waking up in your bed after a night out, you’re three quarters of the way up a 12,000 ft. mountain, pushing yourself harder than you ever have in your life. You are experiencing the early symptoms of acute mountain sickness, (or AMS), commonly known as altitude sickness.

Altitude sickness is an illness that develops when the body doesn’t have time to adapt to the decreased air pressure and oxygen levels of high altitude—defined as any area 8,000 ft. above sea level. Symptoms include dizziness, fatigue, shortness of breath, and loss of appetite—wickedly similar to a brutal hangover.

In its most extreme cases, altitude sickness can develop into high altitude pulmonary edema (HAPE), an accumulation of fluid in the lungs, and high altitude cerebral oedema (HACE), swelling of the brain due to a lack of oxygen. Jon Krakauer provides a chilling description of Ngawang Topche, a Sherpa on the 1996 Everest expedition, experiencing HAPE in John Krakauer’s book Into Thin Air. “Ngawang was delirious, stumbling like a drunk, and coughing up pink, blood-laced froth.”

Don’t let this scare you off your planned trip to Kilimanjaro or Everest Base Camp, though. HAPE and HACE are extremely rare. They typically occur when people ignore the symptoms of altitude sickness and continue to physically exert themselves. Just be wary that if you let altitude sickness progress to this level of severity, it can prove fatal.

To ensure this doesn’t happen, follow these tips on how to handle altitude sickness.

We get it. You want to be the first one to the top of the mountain. But it’s not worth it if your group has to drag you back down. Don’t turn your ascent into a competition. By not giving your body enough time to adjust to the lack of oxygen you’re much more likely to experience altitude sickness.

According to contemporary research, age, sex and physical fitness have no bearing on a person’s likelihood to be afflicted by the illness. This means that even if you’re one of the fittest people on the planet you can still be affected, especially if you’re racing to the summit.

Before even starting your climb, it’s a good idea to take two to three days to acclimatize to higher altitude. Avoid flying directly into high altitude areas, though. Travel to the destination progressively, acclimatizing as you go.

During the climb, take it slow. Enjoy the view. If you’re hiking with porters or Sherpas, follow their lead. They know the mountain well and will know when it’s best to take a rest. If you’re climbing alone, don’t ascend more than 500 metres a day. After every 900 metres, or three or four days of climbing, take a rest day to avoid overexertion.

Remember, it’s not a race.

Dehydration is a major cause of altitude sickness. In part, because high altitude has a diuretic effect on the body, causing you to pee…a lot. And with all the hiking you’ll be doing, you’re going to sweat out liquids fast. Take some hydration salts with you and toss a hydration pack in your bag that you can sip on during the hike. It’s better to carry too much water than not enough.

And just to clarify, no, beer doesn’t count as a liquid. Alcohol dehydrates you and can accelerate the altitude sickness. Save the liquor for the bar. Instead, bring water or sports drinks like Gatorade.

Altitude also tends to rob you of your appetite, slowing down your digestion. To have enough energy to hike each day, eat more than you feel is necessary. Oatmeal is a good idea in terms of meals, especially if you add some nuts and berries. And bring snacks for the climb. Munching on a chocolate bar along the way may give you the energy you need to make it to the summit.

As mentioned earlier, if not treated, altitude sickness can evolve into worse illnesses like HAPE and HACE. If you are feeling the onset of symptoms, stop and rest. Wait a day or two until the symptoms have completely receded before continuing to climb.

Proactively, you can take Diamox one to two days before starting your climb. The medication reduces symptoms and eases your adjustment to altitude. If you’re still feeling the effects while climbing, try combatting headaches with ibuprofen and Tylenol. And promethazine can work wonders when feeling sick.

If you’re still exhibiting symptoms after 24 hours, turn around and start to descend. Once down at the base, the symptoms should dispel after two to three days. Don’t try ascending to high altitude again until the symptoms are completely gone.

Finally, if you’re experiencing symptoms tell someone. Your travel companions are there to help and will have clearer heads to assess the situation.

While it is a hindrance, if you monitor and treat the symptoms appropriately, altitude sickness should not be the reason you miss making it to the summit.