Behind every great athlete is a great coach. We have a team of professional coaches ready and capable of helping athletes of any skill level achieve their health, wellness or sporting goals. With extensive education and experience, coupled by a thirst to constantly learn and be on the cutting-edge of the industry – you can put your trust in the coaches at Altitude Athletic.

“I’m very excited about Altitude Athletic; I see this as an opportunity to push my knowledge and ability both as a scientist and as a coach. With all of the technology that we will have available and the exciting science that is involved with training in lower oxygen, there’s no doubt in my mind that I will be a part of something quite incredible.”

Skipping youth sports/recreation, Richard took to sports and training seriously when he was 16 and started playing rugby. Between 16 and 21, he played rugby for representative clubs, his University club, and eventually with Rugby Nova Scotia. Unfortunately, his left shoulder was severely injured when he was 17, and after the reconstruction, it was a challenge for him to play without fear of reinjuring the joint which eventually lead to his exit from the sport. He moved on to trying out for the Ontario Bobsleigh and Skeleton program, where he made the Ontario Provincial team and eventually trained and raced with the National Development Team. Life circumstances drew him away from bobsleigh, and his participation is now strictly recreational.

Richard started coaching when he began his degree in Kinesiology. Since starting his training, He has worked with almost every variety of client/focus that the field has to offer, from rehabilitation to elite sport. His personal interest in sport led him to favour coaching power-based athletes from many disciplines of sport and athletics, with his attention shifting to endurance-based athletes once he had gained confidence. He has helped several athletes make their way to provincial and national levels of competition, and has also helped over 2700 clients reach general fitness or health goals. 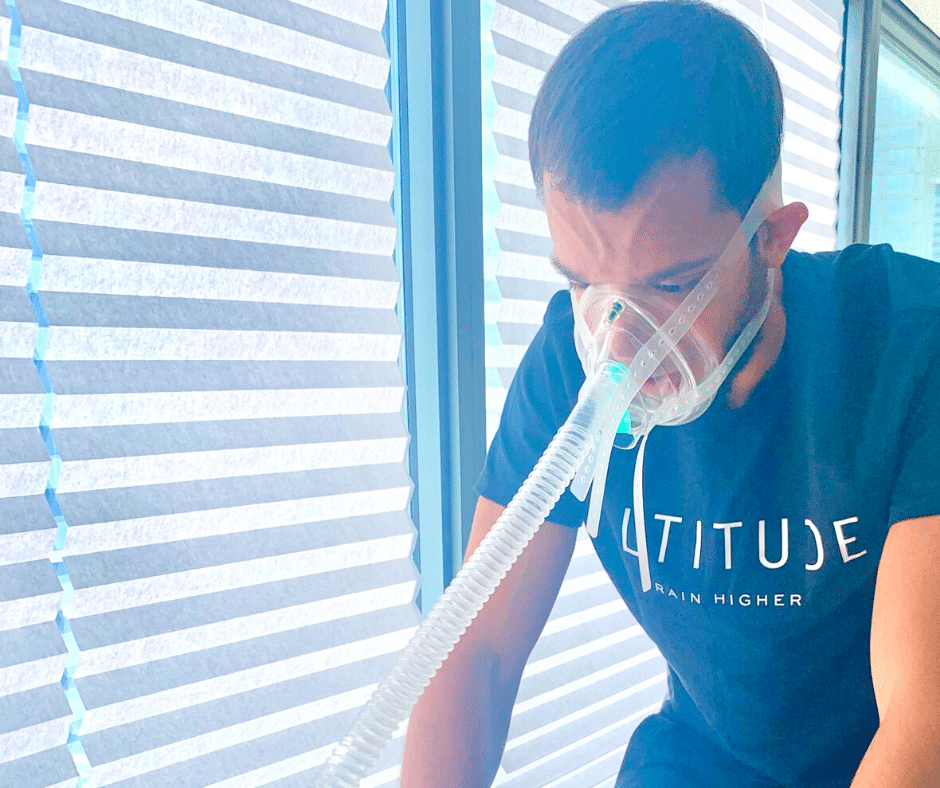 “With my passion for sports and optimizing human performance I am beyond excited to be at Altitude Athletic. The state-of-the-art facility is a game-changer, and I can’t wait to see what human adaptations are possible with the right programming in our controlled oxygen environment.”

Damien’s obsession for health and fitness stems from his early athletic years as a young volleyball, basketball and tennis player. He experienced many injuries during his athletic career, such as Osgood-Schlatter Disease, patella tendinitis, avulsion fractures, elbow surgery, rotator cuff tears, and numerous ankle sprains that held him back from athletic success. He believes that many of his injuries could have been prevented with proper movement education and mastery over fundamental movement patterns.

His mission now is to spread the importance of movement quality to everyone. He views both pain and performance as MOVEMENT driven. Poor control over squatting, hinging, pushing, pulling and twisting leads too sore, swollen and damaged bodies. Mastery over these patterns leads to athletes that can generate more force can move faster, jump higher and endure longer. Throughout his years as a volleyball coach, rehab  movement coach, strength and conditioning coach and lecturer at the University of Toronto he has developed a broad skill set that makes him an effective coach for many different populations.

We are seeking full and part time coaches for our team that have a detailed understanding of training practices, exercise physiology, fitness assessment, and implementation of private/group sessions.